Welcome to Khamsa Salawaat on the web…

Islam is a vast religion, it teaches peace amongst the Muslims and non- Muslims, some of the verses from the Quran, the Holy book of Muslims, explaining teachings regarding peace is as follows:

The Five Pillars of Islam 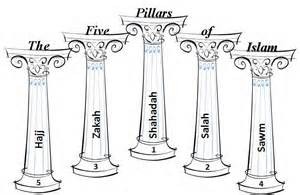 The ‘Five Pillars‘ of Islam are the foundation of Muslim life:

Faith or belief in the Oneness of God and the finality of the prophethood of Muhammad;

The Book of Wisdom

Follow the Journey with the reverend Sheikh. Life of devotion, fear of Allah in simplicity.

Khamsa Salawaat brings daily verses from the Qu’ran as a constant reminder of Allah’s words and commands to mankind and jinn kind.

Khamsa Salawaat has accumulated daily Duas (supplications) from the Qu’ran and hadiths to guide us in our daily lives.

The Holy Quran is a Miracle

Allah’s greatest favor to mankind is His guidance contained in the books of revelation. Muslims believe in Taurat, Injeel, Zaboor, Scrolls of Abraham, and the Qur’an. 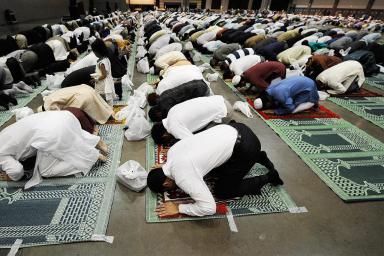 Salat is the Arabic word meaning prayer. It is the second of the five central duties or “pillars” of Islam. There are many types of prayers but five are performed on a day to day to basis. These five prayers are termed:

Signs of Dajjal (One-eyed man) as mentioned by Prophet Mohammad (SAWS) to his Sahaabas.

A to Z of Hajj Rituals

Learn everything you need to know about Hajj rituals by Imam Mouhamed Sakho Tidjani.

Follow this link for more on Imam Mouhamed Sakho Tidjani and the Islamic Cultural Foundation of America (ICFA). Please, DONATE generously to ICFA while you are there. Thank you.

Surat ul Fatiha is the first chapter in the Holy Quran that consists of seven verses. Rightly called the Essence of the Book.

Khamsa Salawaat is a multimedia program running under Windows which teaches young and new Muslims how to perform Islamic Prayer.

Holy Qu’ran recitation by Sheikh Ali Bin Jabeer, may Allah be please with him. Ameen. As well as Arabic text, and English Translation.

Islam has given two reliable pathways for the guidance of mankind. One of them is the clear Verses of Qur’an while the other, quite consistent with the first, is what we call Sunnah or hadith.